On Monday, the 18th March, the 10th to 12th grades had a project named “Ceilidh” at our gym. We had a very special guest, it was Dr. Andrew Liston and he was born in Scotland.

He came to our school to talk about his culture and about Scottish music. It was very cool, because he played his bagpipes at the beginning and in the end and that sounded very interesting!

But why was the project taking place at the gym? Because most of the time we learned how the people in Scotland dance at their celebrations. We learned something about three different dances and all of them were great.

At first Dr. Andrew Liston demonstrated how to dance and afterwards we tried our best to do it like Dr. Liston.

All in all, I think it was a very interesting day and most of us had a lot of fun.

Scottish dances to visit in the Montessori school

Last Monday (March 18, 2019) a Scottish dance project took place in our gym. The project was organized by Ms. Ortelbach and Ms. Münch. Dr. Andrew Liston from Scotland visited us. Not only did he rehearse the dances with us but he also played the traditional bagpipe.

The students from grade 10 to 12 danced the following dances:

This is a group dance. You have to assemble in triplets. It’s a very sociable dance where the partners are changing over and over again, which means that your trio has the chance to dance with many different people.

The Gay Gordon’s is a popular couple dance in Scotland. It’s an „old“ dance that was popular in the late 19th and early 20th century and where every couple dances the same steps, usually in a circle around the room.

The Strip the Willow is a group dance with one long line of gents facing a long line of ladies. All you really need to do is grab yourself a partner and stand opposite them in line.

The mood during the project was funny and lively. Not only the students took part in the project but a few teachers enjoyed it too. 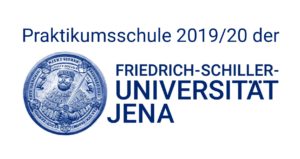